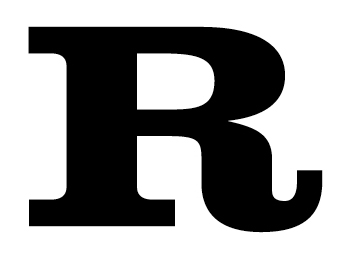 I love Clarendon Bold. According to Jaspert’s Dictionary of Typefaces it was originally put out in 1845 by Robert Besley & Co (formerly the Fann Street Foundry) as a heavy face to accompany an ordinary roman in dictionaries and the like. I like slab serifs generally, but I like Clarendon particularly well, especially the upper case R, which exudes boldness and solidity and gutsiness while simultaneously showing off a touch of quirkiness. Clarendon shouts look at me, I am not ordinary, which I guess is why it was perfect for those American Wild West Wanted posters. Clarendon is not a typeface I use very often, but it is striking and worthy and I am pleased to have made its acquaintance.